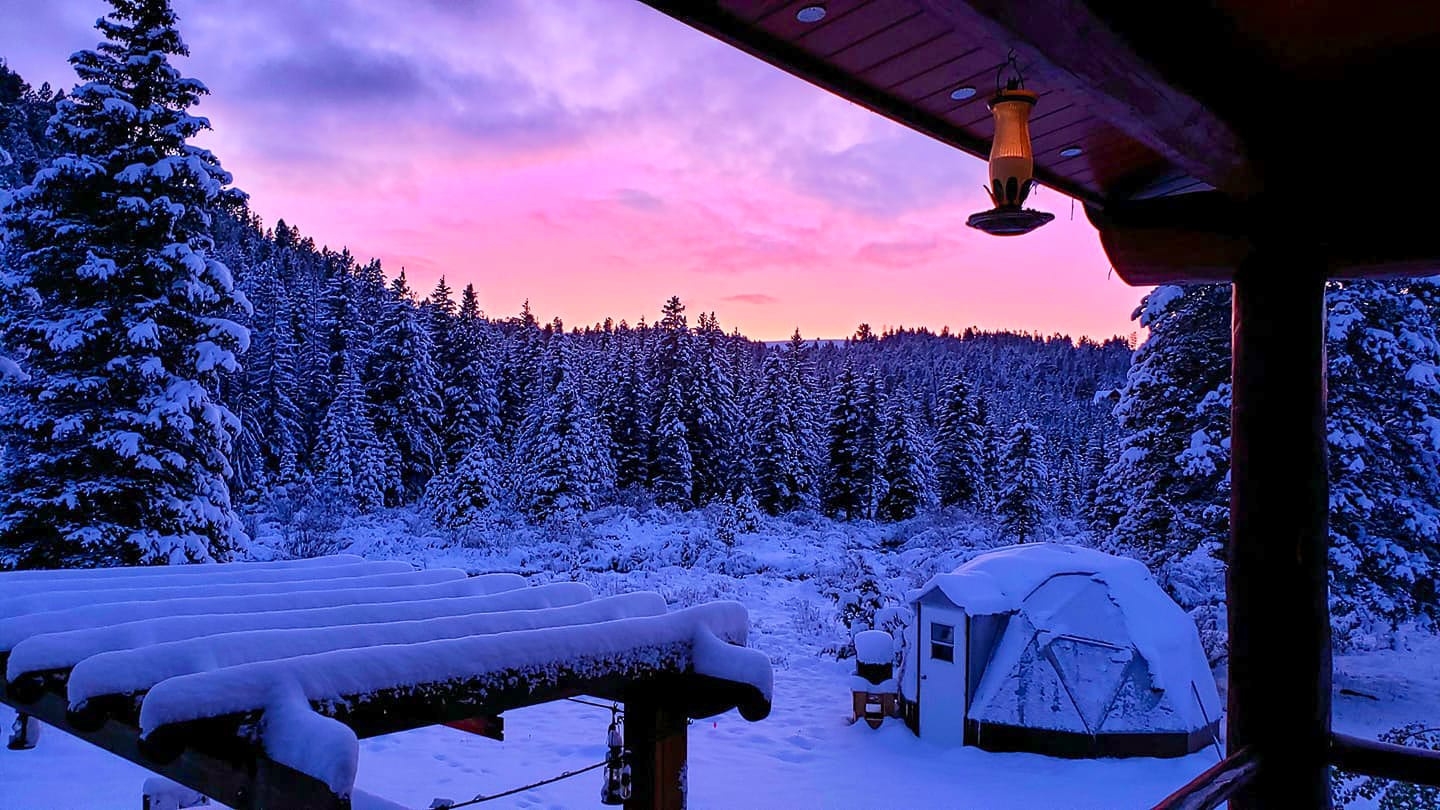 February 2020 Dome of the Month

February’s Dome of the Month features a 15′ Growing Dome in Philipsburg, Montana. Jerry Bailey, a US Army veteran, and avid outdoorsman built his greenhouse with our 15′ Geodesic Dome Greenhouse Kit in May of last year to become more self-sufficient. The 15′ Growing Dome may be our smallest greenhouse kit, but it produces plenty of produce for him and his two sons when they come visit.

Jerry grew up in a dairy farming community in Wisconsin. He spent his Jr. High and High School years working on various farms and eventually becoming an Eagle Scout. Immediately following his graduation from High School Jerry was drafted during the Vietnam war. He served in the United States Army for 24 years. During his time with the Army Jerry was part of a Special Forces Unit known as the Green Beret’s and was a SERE (Survival, Evasion, Resistance, and Escape) instructor. His Eagle Scout experience and military background made him inclined to the life of self-efficacy and although he was never much of a “gardener” there is no better way to fend for yourself than to grow your own food.

Jerry knew he wanted a geodesic shaped greenhouse because he researched building a dome-shaped house after reading about the efficiency. Although he came across two other brands of dome greenhouses Jerry went with Growing Spaces. “The choice was obvious.”

One of the reasons Jerry chose Growing Spaces was the ease of a prefabricated kit that he could build himself. In May of 2019, Jerry got together with his son, friend, and friend’s son to help him assemble the small greenhouse kit. When I asked him what he thought of the process he said “there was a learning curve but it was pretty easy. Lots of wiggling and banging involved.”

At 67 years old Jerry knew as soon as he bought the Growing Dome Greenhouse that he did not want to go with the standard raised beds. He did not want to be bending down to the garden when he could be standing up. This leads him to build EXTRA raised beds made of cedar.

He added a self-watering sprinkler system that runs every sunrise for 20 minutes. He also purchased a remote digital thermometer so he could compare the temperature of his greenhouse with the temperature outside from his living room

Growing in his greenhouse

Jerry’s property is unique. His cabin sits on 20 acres in between National Forest land. Running through his property is a river filled with trout. Last year Jerry obtained a permit that will allow him to use native fish from the river to populate his Growing Dome pond.

All of our Featured Growing Dome’s are highlighted in our monthly newsletter “The Happy Grower,” on our social media platforms (Facebook and Instagram), and in our blog. At the one year mark of our newsletter, we will be creating a yearly calendar that includes every Dome of the Month. Apply here. Have questions about an Alaska greenhouse? Send us an email to [email protected]