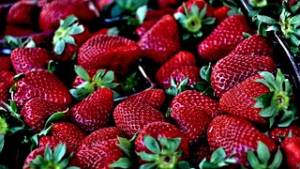 ….and what is the difference between a Roly Poly and Sow Bugs?

And more importantly, are they harmful to your garden?

And what organic pest control methods work for Roly Polies?

As a child I spent many summer afternoons playing in the sand box.  Near the sandbox was my mom’s strawberry patch.

The strawberry patch was a place for me to graze in between sand play and a home to one of my favorite insects to play with-the Roly Poly.

I would gather them up to send them fearlessly down the small toy slide in the sand.

Some would crawl down the slide and others would roll up into a ball and roll quickly down.

Now I have a garden of my own and help tend the garden beds in the Growing Domes. I noticed the roly polies in the beds and fondly thought of my childhood.

But wait-what happened to the seedlings and transplants?

I had a suspicion those little Roly Polies had something to do with it!

And, what types of organic pest control is effective when it comes to dealing with pill bugs?

It was time to do some research:

I guess I could see that.

Yep, despite the fond childhood memories…

I love life. I love Roly Polies. I really do. But I love my garden, and I want to benefit from my hard work gardening!

So Here Are Some Organic Pest Control Tips On:

How to keep the Roly Poly Bugs from nibbling on plants that you are growing for yourself:

If you have small numbers that are nibbling here and there, bait them and catch them!

Remember, those little guys love moist environments, they even breathe through gills!

And they are decomposers.  So bait them by creating a little island oasis of moist material for them to decompose, right in the middle of your bed.

Since they are most active at night, you can catch the congregation in the early morning at the bait site and simply pick them up and put them somewhere else.

Beer in a cat food can?

What can I say, it works.

If they’re devouring seedlings and transplants in large numbers, it’s time to get serious!

Here are some things that you can spray or spread that are a little more aggressive.

So, there you have it.  Some organic pest control tips on how to deal with that childhood, non-insect, friend-the Roly Poly!

Stay tuned to see what we do and how it works in our garden beds.