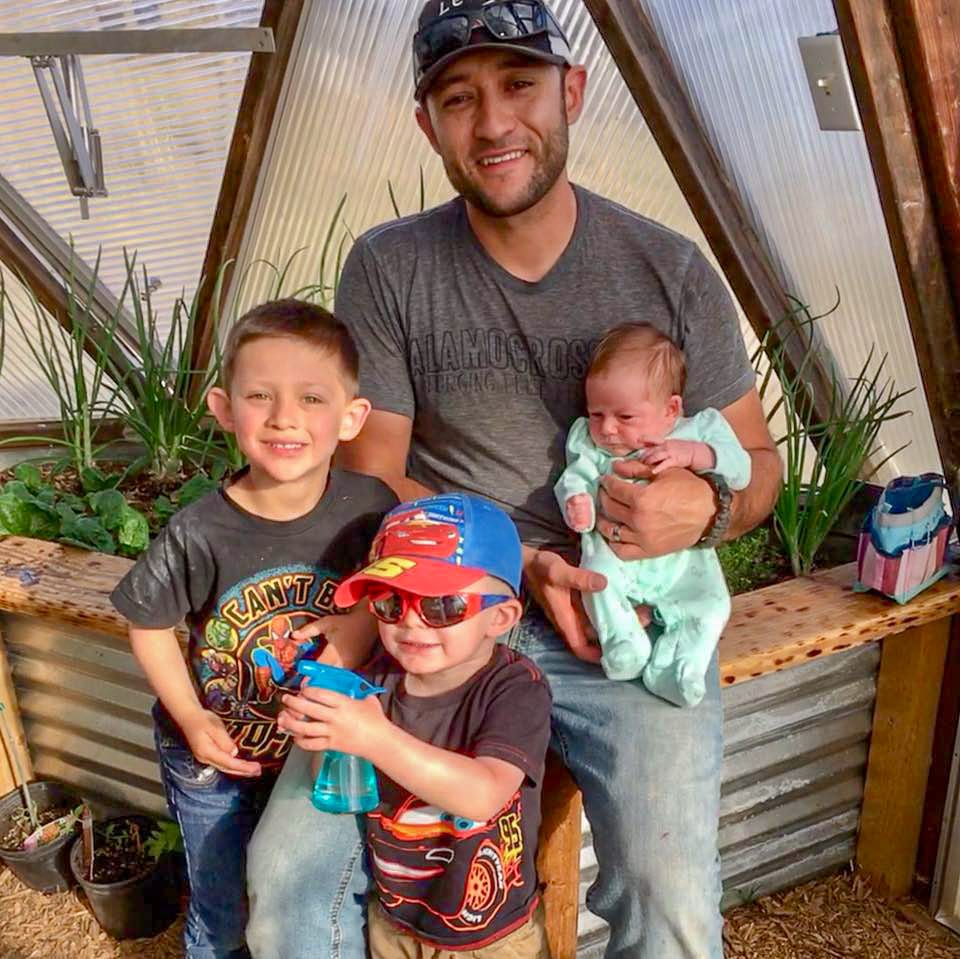 The Growing Spaces team often refers to Andrew as the face of Growing Dome Greenhouses. Although he doesn’t work for Growing Spaces, he is one of our biggest supporters and provides outstanding feedback, content and wonderful pictures on our social media channels. We are excited for you to learn a little more about the man behind the green thumb greenhouse gardening genius.

Andrew grew up in New Mexico, where he never really had fresh vegetables growing up.  But he has fond memories of playing in his grandfather’s huge garden.  He met his wife Sara during his time doing logistics for the military. Her father is an amazing gardener has been Andrew’s gardening inspiration. Andrew spent 7 years as a Naval Aviator flying on multi-million dollar aircraft supporting the global war on terrorism. “It was an awesome adventure and given a choice I would do it again.” Following his honorable discharge from the Navy due to injury, Andrew moved to the small town of Bayfield, Colorado, just outside the breathtaking San Juan National Forest at 6,900 ft with his wife and three beautiful kids Linclon, Lance, and Nora. 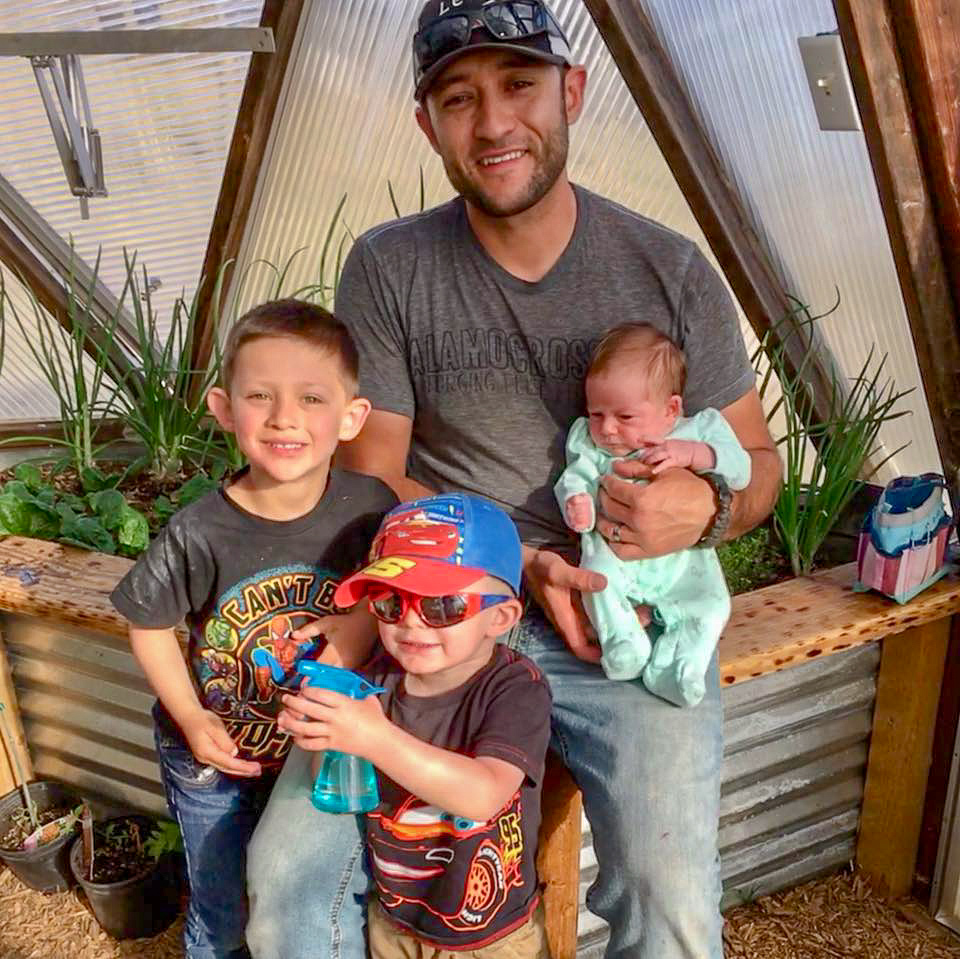 Five years ago, when Andrew first moved to Bayfield, he was looking for a way to give back to his community. He signed up for a volunteer position at the Pine River Community Garden, working on their mandala garden and eventually in their 26′ Growing Dome. In his first summer volunteering, Andrew lost 40lbs while working to build raised beds. He loved it so much that when the current garden manager at Pine Rivers decided to step back, he took her place.

He said even if only 1 out of 100 kids that work with him in the garden grow up to be gardeners, he will be proud, and even though “not everyone will be a gardener, it can change their lifestyle as adults.  It helps them reconnect with food and understand where it comes from.” (and by that he means other than buying food at the grocery store.)  During the past five years in the community garden, Andrew learned so much. He moved forward with his gardening education by completing a master gardening course at the CSU Extension in Durango, CO.  “I really have a passion for living soil and things that thrive.”

Getting a Growing Dome at Home

After working with the Growing Dome in the Community Garden, Andrew knew he wanted one!  Luckily he joined the Growing Dome Enthusiasts page where he saw that Growing Dome Owners Dee & Ray were looking to sell their 18′ Growing Dome Greenhouse before they relocated. Andrew drove down with his father to get the Dome. After picking it up, it sat on his property for a few weeks before it was rebuilt. It was a big project but well worth it!

Andrew’s father passed away last July. He said whenever he sees the Dome; it reminds him of the time he spent with his father rebuilding it. 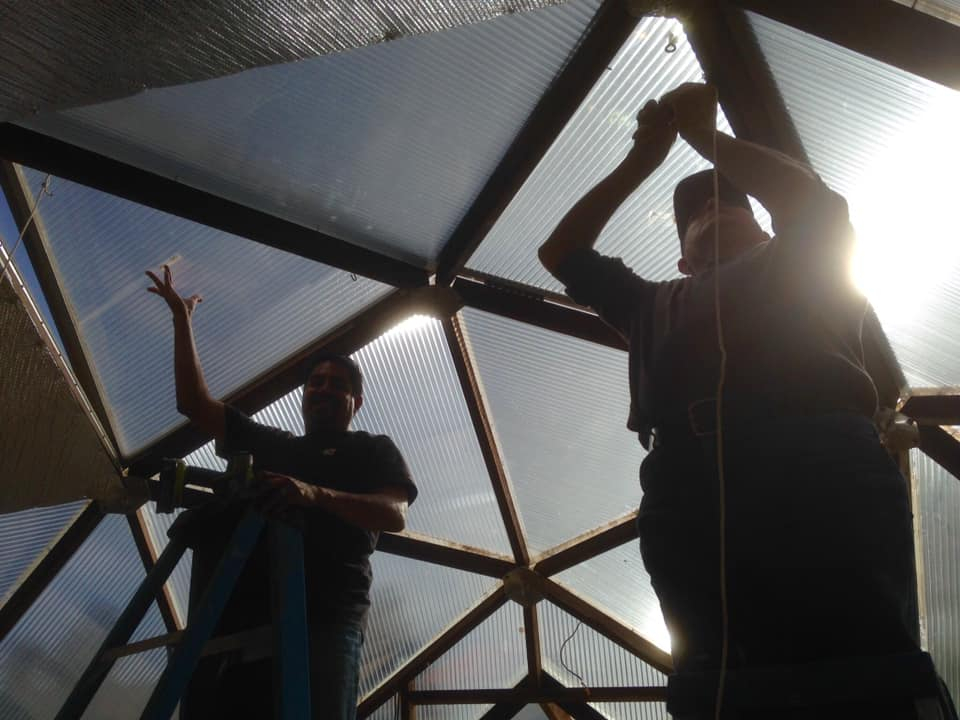 What is He Growing?

When I asked Andrew what the best thing he has grown in his Growing Dome was, he said. “I think that everything in my Dome is pretty cool. It’s a green, thriving miracle.” He has a Blackberry plant that is still blooming even though it averages two degrees at his house right now. He has grown ginger, turmeric, and tomatoes. (so many tomatoes haha) One of his favorite things about the Dome is being able to experiment with plants you cannot normally grow in Colorado. He is growing a kiwi plant in the Pine River Dome and purple Peruvian potatoes.

The deep purple color of fruits and veggies is usually a sign these foods have a good dose of antioxidants. … (They also give red foods, like tomatoes, and blue foods, like blueberries, their colors.) Anthocyanins protect purple vegetables from sunlight damage, cold temperatures, and other stressors 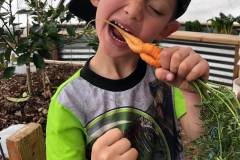 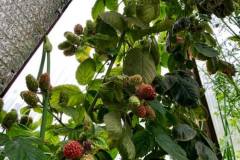 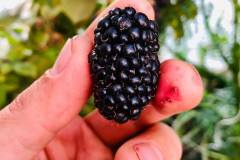 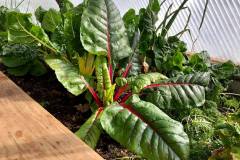 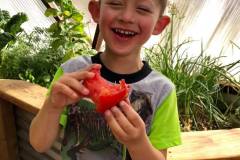 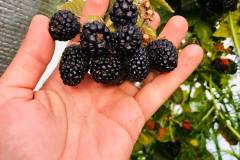 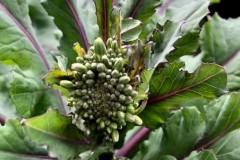 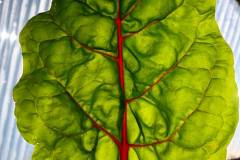 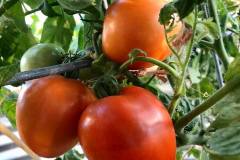 Andrew wants anyone considering a Growing Dome to see one in person.  If you live in the four corners region (southwestern Colorado, northern New Mexico, northern Arizona or southern Utah) and would like to take Andrew up on his offer, send an email to [email protected].

All of our Featured Growing Dome’s are highlighted in our monthly newsletter “The Happy Grower,” on our social media platforms (Facebook and Instagram), and in our blog.  At the end of the year, we will be creating a new calendar that includes every Dome of the Month. Apply here.  Have questions about greenhouses in the four corners?  Send us an email to [email protected].