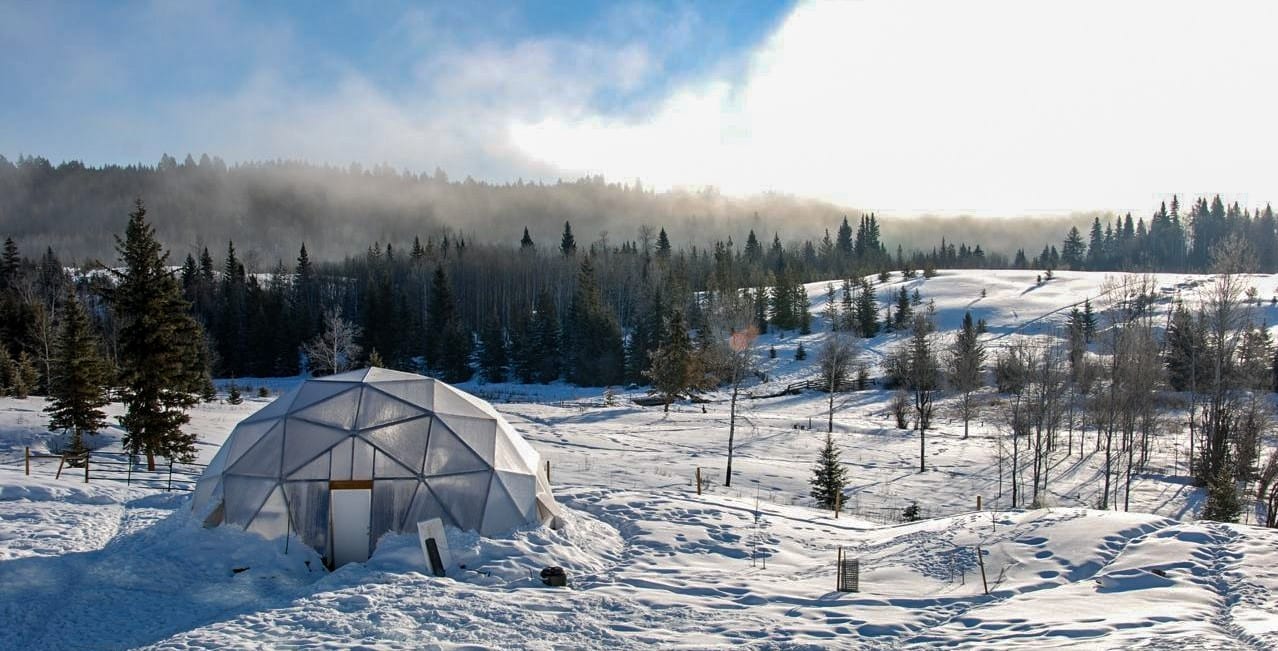 The Lavoie family of Sainte-Ursule, Quebec, Canada, between Joliette and Trois-Rivières, owns an unusual greenhouse, to say the least. Its ingenious design makes it possible to grow your own vegetables even in the dead of winter, for a negligible amount of electricity.

Acquired at a cost of $ 12,000, the greenhouse meets nearly 80% of the vegetable needs of the Lavoie family. Its dome-shaped design, glass panels and a huge 950-gallon water tank store the heat of the sun throughout the day. At night, heat escapes from the tank, maintaining the greenhouse in a temperate climate. “Even in the middle of December, it is still 25, 30 degrees! Explains the owner, Patrick Lavoie.

To avoid freezing on the ground, a solar panel and a fan allow the heat to be redistributed underground. Conversely, when it is too hot, glass panels open to let the heat escape. According to the owner, the electricity bill for heating during the nights of December and January is around $ 200.